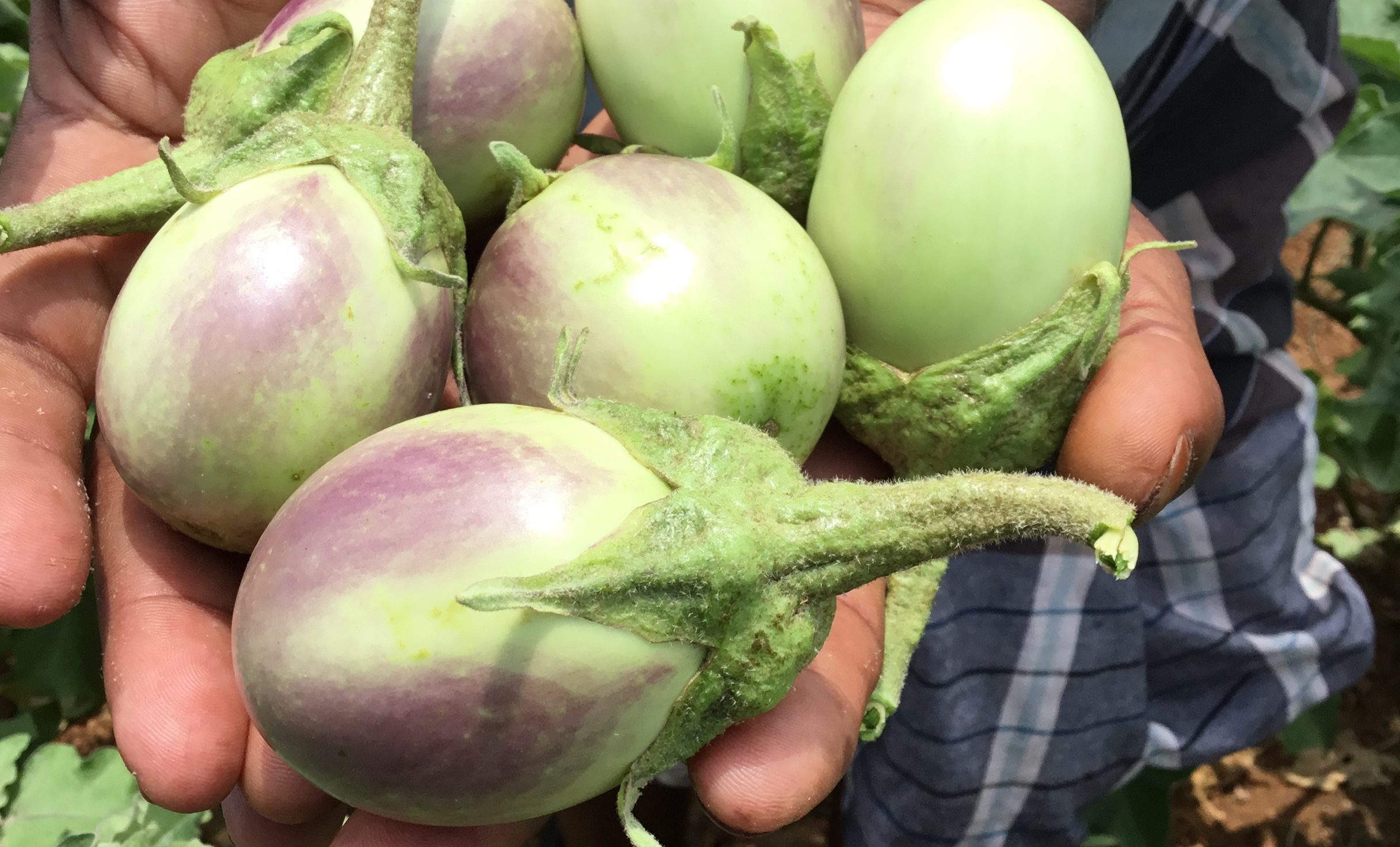 Ambika and Murugesan  from Thottipalyam village in the Namakkal District of Tamil Nadu were struggling to generate adequate income from the tapioca crop they were cultivating on their three-acre farm land. They had to wait for over ten months to harvest the crop and income from the land could vary between Rs 60,000 (£600) to over Rs 1 lakh (£1,000) per acre. However the monthly cost of pesticides, fertilisers and labour ate into their profits and there was little or no guarantee that the amount received after the ten months would be sufficient to meet their family’s household needs.

The couple were identified as beneficiaries by WORD in Year 1 of Project SEED’s activities and, with a grant from the Innocent Foundation, drip irrigation was installed on one half-acre of their land. WORD provided these benefits on the conditions that the couple switched over to organic pesticides and growth promoters while also cultivating vegetables on fifty per cent of their land. Initially, Ambika and Murugesan were reluctant as they were concerned that yields would be low.

But fast forward two years and the couple have been won over by the abundance of fresh vegetables their land has produced including a variety of greens, aubergine, tomatoes, chillis, beans and okra which enabled them to cultivate these vegetables all year round. They were able to generate profits of some Rs 3,000 (£30) per week or up to Rs 12,000 (£120) per month.

Ambika and Murugesan  continued to purchase natural growth pesticides and growth promoters from the project’s Self-Help Groups which prepared them and were amazed to discover that their yield from organic inputs was much higher and the vegetables more robust. They attended a workshop on the preparation of organic pesticides and growth promoters and can now make these for themselves, which has realised a saving of Rs 5,000 (£50).

Workshops on nutrition and the importance of organic farming and consumption of naturally grown food has since helped the couple realise that farming organically is a healthy alternative which enhances the well-being of those who consume the vegetables. Drip irrigation also helps them save the amount of water consumed helping them to cultivate twice the amount of land with half the amount of water previously used. This is particularly important in the Namakkal District which is drought-prone and has suffered from a lack of rain in 2016-17. Drip irrigation has enabled them to continue farming despite the low rainfall and they are now keen to become members of the Organic Farmers Association, when it is established in the winter of 2017.

At Jeevika we are committed to helping many more farmers to reap the benefits of the crops they produce to help them provide a sustainable and sufficient income. For more information on our projects and how you can get involved with our work please take a look at our current projects page.